OCTOBER 3, 1921 –  THE FIRST SOROPTIMIST CLUB WAS CHARTERED IN OAKLAND, CALIFORNIA 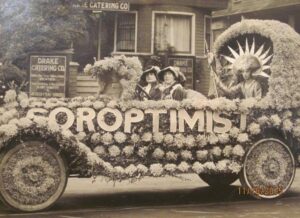 At the beginning of the 1920’s, women in North America had established themselves in the political arena through suffrage and in the professional world as a result of World War I.  The time was right for women actively engaged in professions and careers to come together for mutual support and friendship, and to serve the communities to which they belonged.

In the spring of 1921, Stuart Morrow, an organizer of men’s service clubs, visited Oakland, CA, in search of a potential member for the Optimist Club.  Morrow called on the Parker-GoddardSecretarialSchool, presuming it was run by men.  He found instead that it was owned by two women Miss Adelaide Goddard and Miss Mabel Parker.  Explaining his mistake, Parker remarked she would be interested in joining such a club for women, if he ever considered forming one.

This set the wheels in motion for Morrow.  As with most endeavours, Soroptimist (what the group was later called) had a slow start.  Morrow contacted a number of business women in the community and invited them to a preliminary meeting on May 21st.  Of the 6 women in attendance, only one showed interest.  This woman began recruiting her acquaintances and on June 21st, a luncheon meeting with 10 women officially launched the club toward its goal of 80 members in order to receive a charter from Morrow.  These women met weekly and continued to gather names of eligible women.  They also chose the name Soroptimist for the organization.  On Sept. 26th, the charter was closed and officers were elected.  The presentation of the charter and installation ceremony took place on Oct. 3, 1921 – the day officially celebrated as Founder’s Day.  Soroptimists worldwide also recognizes this as Club Friendship Day, a day celebrating international co-operation and friendship.

A number of Soroptimist traditions began to take root under the first Club President – Violet Richardson Ward – Ward refused to become a member until she had Morrow’s assurance there would be international clubs.  Since many of the women had not known each other prior to joining Soroptimist, Violet suggested they all use their given names rather than surnames, under penalty of $1 fine for each infraction.  Another tradition began with the chartering of new clubs – San Francisco, (Mar. 1922) Los Angeles (July 1922), Washington, DC (Nov. 1922).

Stuart Morrow worked his way east chartering clubs and he appointed three club Presidents – one being Violet Richardson Ward  to oversee the organization of the clubs in CaliforA.  Sacramento (Mar ’23), Long Beach (Mar. ’24), San Jose (Dec. ’24).  Morrow established clubs in New York, Paris and Philadelphia,  London, England (Interesting note – the Greater London Club chartered in 1923 with 112 members).   The London Club installation was reported to be the social event of the season, attended by 250 people, including members of the British Royal family….  The first club in Canada was chartered in Vancouver in April 1926.  SI Toronto club was chartered in April 1934 and SI Peterborough on November 17, 1945.  Eastern Canada Region was established in June 1937.

In 1926, the clubs along the PacificCoast began to consider the idea of forming some type of federation to bring the clubs into closer association with each other.  The clubs met to consider whether, and how, to federate, and to obtain from Morrow all the rights to the Soroptimist name and the chartering of new clubs.

A noteworthy historic event took place in 1927, when the First World Conference of Soroptimist Clubs was held in Washington, DC.   The title was more grandiose than actual representation as the clubs in Europe didn’t have enough time to arrange trips to San Francisco to attend the meeting.  At this conference the American (SIA) and European (SIE) Federations were formed, as was Soroptimist International (SI), which was to provide the essential link between all present and future clubs.

Other significant milestones at this conference were the decision that Soroptimist International Conventions be held every four years, and the adoption of the Soroptimist emblem for the member pin.  The original casting of the pin is today on display at SIA Federation headquarters in Philadelphia, PA.  The consensus on the meaning of Soroptimist “the best for women” was also adopted.

Also, at this first world conference in San Francisco, members discussed a way to separate the organization from Stuart Morrow.

One of the most notable facts about the Soroptimist charter is that Morrow was the only signer. History also records that Morrow named himself as originator, founder and general manager of the corporation, retaining 90% of the voting power, property rights, and interest in the corporation. In other words, he owned Soroptimist. This, of course, had to change.

The clubs decided to pursue a complete buy out – a committee was appointed to negotiate with Morrow.  The committee was instructed to try and reduce Morrow’s $6,000 asking figure.  Morrow and Soroptimists agreed to a settlement of $5,500.  The $5,500 purchase price may sound reasonable or even a bargain today, but this was 1927, and women were not making significant salaries. The world was still reeling from World War I (1914-18), the 1919 pandemic influenza epidemic that killed between 20 and 40 million people worldwide, and the U.S. was gripped by the wild stock market gyrations that two years later, in 1929, would result in the Great Depression. Times were anything but perfect for acquisition.  But early Soroptimists worldwide recognized the pressing need to control their organization, and all contributed to the purchase price in spite of these catastrophic events. From this point forward Soroptimist showed steady and determined growth towards the emulated global organization it has become today.

With the rapid growth in members and the organization’s structure fully in place, Soroptimists were ready to meet the challenge of the future – not only in their own communities, but with a wider view of the world around them.

Note: Years later – we are discussing the number of members required to maintain a club charter and Soroptimist continues to be identified as the “best for women”.  Women at their best helping women to be their best. 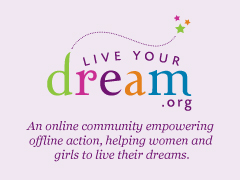